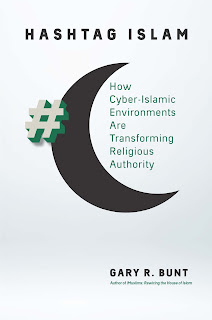 
News on my next book, including links to purchase/ordering options via Amazon.  The book comes out in October 18.
Posted by GRB at 18:58

70% of young Brits are 'not religious'

Email ThisBlogThis!Share to TwitterShare to FacebookShare to Pinterest
Labels: research

BBC News, ‘Integration? It’s about top exam grades’, 16 Mar 2018 ""People sometimes don't see past the name," says one of the pupils at Tauheedul Islam Girls' High School, in first place in the secondary school league tables, now based on how much progress is made by pupils."
Posted by GRB at 11:09

Our Shared Future: Muslims and Integration in the UK’ - report 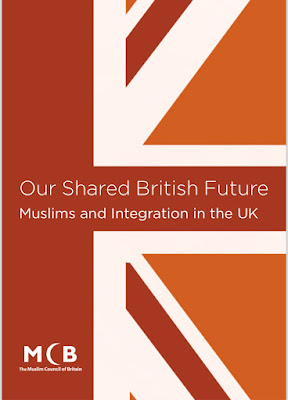 A PDF link to a new report "Our Shared Future: Muslims and Integration in the UK’ from the MCB can be found here: We Need an Equal Integration Strategy for All Britons’ – Muslim Council of Britain
Posted by GRB at 13:10

The Silence of the Liberals

Radio 4, The Silence of the Liberals"

"Observer columnist and writer Nick Cohen thinks mainstream liberal culture and left-wing politicians are failing to help progressive Muslims who want to fight inequalities endorsed by culture and religion in their communities. He calls this the "racism of the anti-racist"."   A very interesting programme.
Posted by GRB at 17:53

Wales Online, 'I grew up in Ely and had a Pakistani dad – of course I experienced racism,' Jason Mohammad on religion, sport and working on Radio 2 " Brand new Radio 2 presenter - and BBC Five Live host - Jason Mohammad has spoken about what it's like to grow up as a Muslim in Wales and how his childhood dream of working on one the UK's biggest radio stations has finally come true."
Posted by GRB at 13:49

Butetown Is My Home


Interesting documentary on Butetown. " A short documentary film on Butetown history directed and edited by Namibian digital storyteller Darryn February. This documentary tells the story of Cardiff' city's Butetown and Tiger Bay multicultural influences and lifestyle in the 1800s and 1900s. Narrated by Nicky Delgado and Keith Murrell some of Old Butetown's former residents."
Posted by GRB at 12:42

Guardian, Teenager given life sentence for planned Justin Bieber gig attack, 2 Mar 2018 " The defendant, from Rhondda Cynon Taf, had denied preparing for an act of terrorism, two charges of encouraging terrorism online and two charges of possessing editions of an Isis propaganda magazine."
Posted by GRB at 23:59

As with other mosques in the UK: Manchester Evening News, Mosques are opening their doors to homeless people at night during the freezing weather
Posted by GRB at 23:58