BBC News, BBC sitcom Citizen Khan 'Islamophobic', says MP, 14 Apr 2016 "A BBC sitcom has been criticised as "Islamophobic" during a Commons debate about whether the BBC's programmes and staff reflect UK diversity."
Posted by GRB at 17:51

Email ThisBlogThis!Share to TwitterShare to FacebookShare to Pinterest
Labels: television

Guardian, Counter-terrorism drive for public to report online Isis propaganda, 15 Apr 2016 "British counter-terrorism officials are launching a campaign to try to drive back Islamic State’s efforts to use the internet to foster extremism. Isis has turned the internet into a frontline of its jihad, using it to spread propaganda to gain recruits and embolden its supporters. However, 300 items a day are being taken down by a special police unit."
Posted by GRB at 14:06

Email ThisBlogThis!Share to TwitterShare to FacebookShare to Pinterest
Labels: radicalisation 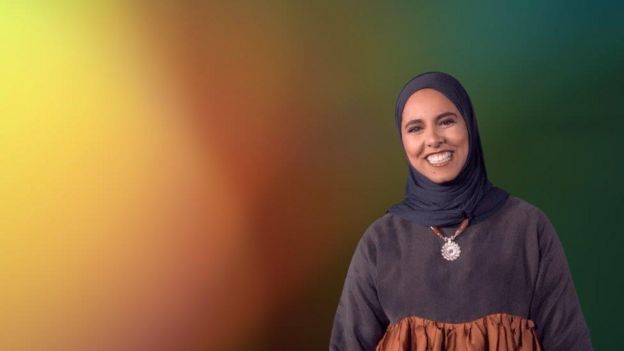 also see the photos here Recommended!!
Posted by GRB at 17:15

'Drama in the age of Prevent'

Guardian, Drama in the age of Prevent: why can't we move beyond Good Muslim v Bad Muslim?
Posted by GRB at 13:46

So, What Do British Muslims Really Think?

Kenan Malik, Pandamonium, So, What Do British Muslims Really Think?
opinion and analysis

Email ThisBlogThis!Share to TwitterShare to FacebookShare to Pinterest
Labels: research

BBC Radio 4, The Deobandis, Episode 2 "In part two of The Deobandis, the BBC's former Pakistan correspondent Owen Bennett Jones reveals a secret history of Jihadist propagation in Britain."
Posted by GRB at 11:15

BBC News, 'Kill Ahmadis' leaflets found in UK mosque, 10 Apr 2016 "Leaflets calling for the killing of a sect of Muslims have been found in a south London mosque."
Posted by GRB at 10:27

Vice News, Exclusive: UK Did Not Consult Any Muslim Organizations About Flagship Anti-Radicalization Website "A Freedom of Information (FOI) response shows that the government consulted 29 organizations including government departments, faith-based groups, various teaching associations, and charities over the content of the Educate Against Hate website — but none representing Britain's Muslim community."
Posted by GRB at 12:43

Email ThisBlogThis!Share to TwitterShare to FacebookShare to Pinterest
Labels: radicalisation

'Life as a Muslim schoolgirl in Manchester'

Manchester Evening News, Feminism, the Kardashians and being dissed on the tram - life as a Muslim schoolgirl in Manchester

"It’s an attitude that seems to pervade at Manchester Islamic High School for Girls.

"They might all wear head scarves and pray five times a day - but one label they can’t stand is oppression."
Posted by GRB at 11:20

The Conversation, Hard Evidence: Muslim women and discrimination in Britain
Posted by GRB at 11:08

BBC News, Masood Azhar: The man who brought jihad to Britain "Masood Azhar, today the head of one of Pakistan's most violent militant groups, was once the VIP guest of Britain's leading Islamic scholars. Why, asks Innes Bowen."
Posted by GRB at 11:03

BBC Radio 4, The Deobandis "The BBC's former Pakistan correspondent Owen Bennett Jones investigates which strands of Deobandi opinion have influence in the UK, speaking to people from within the British Deobandi community, from scholars to missionaries to madrassa students.

"In the first of two programmes he explores claims that Deobandi Islam is intentionally isolationist and that its strict beliefs put it at odds with mainstream British culture, leaving the community segregated from wider British society. Though if true, is that really the fault of Deobandi Muslims?"

This is worth a listen, with some interesting points on religious authority, gender and education.
Posted by GRB at 11:02

Sadek Hamid, Sufis, Salafis and Islamists: The Contested Ground of British Islamic Activism (IB Tauris) "British Muslim activism has evolved constantly in recent decades. What have been its main groups and how do their leaders compete to attract followers? Which social and religious ideas from abroad are most influential?"
Posted by GRB at 10:57